Tie Kwan Yin oolong, also known as the "Iron Goddess of Mercy", is one of the top 10 teas of China and was once presented to Emperor Qian Long in 1741 and savored exclusively by the Imperial Court before becoming more widely accessible to the public.

Tie Kwan Yin was discovered and originates from Anxi County, Fujian Province, China and has a very aromatic brew, with a long lingering flavor profile.

As an oolong, Tie Kwan Yin can be very lightly roasted to maintain its jade floral profile so that it brews more like a green tea, or it can be heavily roasted to produce a red liquor more reminiscent of a black tea.

This particular oolong has been very lightly roasted to maintain the tea's inherent strong orchid flower scent, which is characteristic of a premium grade TKY and esteemed by experienced tea drinkers in China. Once brewed, the tea has a nice, lingering aftertaste, characteristic of a high quality Tie Kwan Yin. 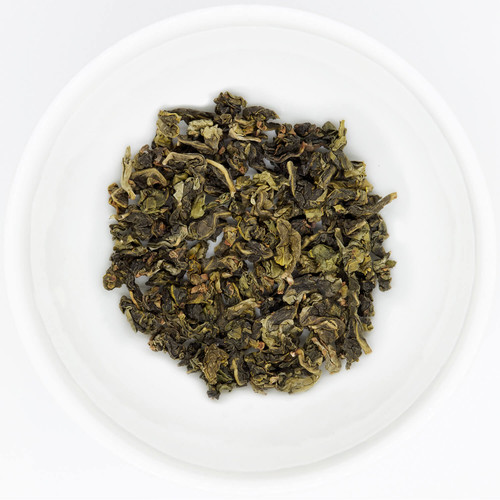